NEW DELHI: India has leapfrogged 23 places to 77th rank in the World Bank's global Ease of Doing Business rankings, a feat which is likely to boost the government's reform credentials and raise the country's attractiveness for investors. 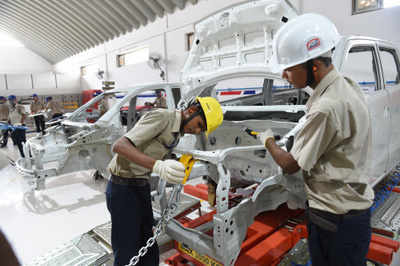 The report released lists India and China as the two large economies which are among the 10 biggest reformers among 190 countries. New Zealand, Singapore and Denmark were on top of the list. Among the BRICS countries, Russia and China were ranked higher. The sharp jump in India's ranking is largely driven by feedback from stakeholders who say it is now significantly simpler to get construction permits and ship goods across the country's borders as well as reforms in other regulatory and process approvals. 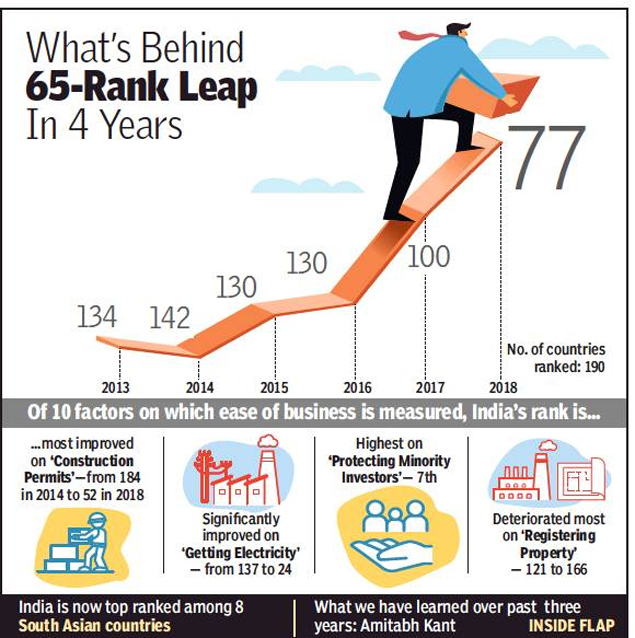 The latest rankings will bolster the BJP government's reform record and comes at a time when the government has been battling criticism on the economic front amidst a weak currency, widening current account deficit and choppy financial markets. "We are unwavering in our commitment towards economic reforms, which will ensure an environment that fosters industry, investment and opportunities," Prime Minister Narendra Modi tweeted. India improved its ranking on six of the 10 parameters and has jumped 53 places in two years.

At a press conference, finance minister Arun Jaitley identified property registration and starting businesses, where India is still ranked low, as focus areas in coming years. He said that steps such as the launch of GST , the new insolvency law and setting up of commercial courts would help India move up further.

"If we do focused improvement, breaking into the top 50 is not out of reach," the minister said.